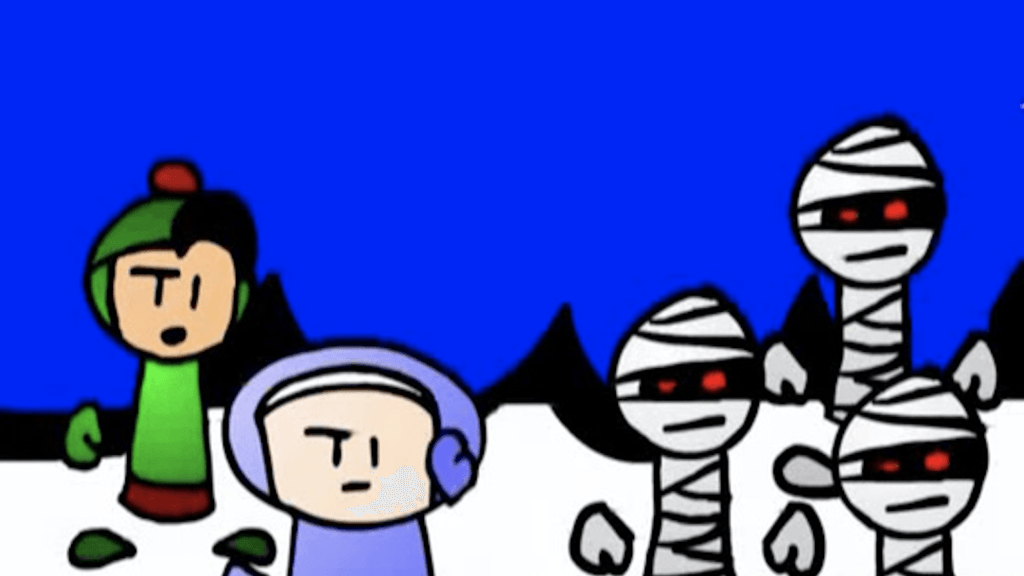 In college ('99-'03), I was into a lot of things that I no longer am: StarCraft II, late-night chicken fingers, rollerblading, Dance Dance Revolution (introduced to me by my Korean roommate), Homestar Runner, and Eskimo Bob.

Eskimo Bob was a very silly cartoon that was created by two Canadian brothers (in high school at the time) and frequently relied on burping and other such sophisticated comic devices for humor. There was very little music in the show except for a simple theme song and a short musical interlude to use when switching scenes which was just someone singing short notes in a high voice -- ding dingaling ding ding.

Using these two pieces as a starting point, I created a 6-minute, fully-orchestrated composition. After I completed it, I sent it over to the creators of the show. They were so impressed and inspired by it that they ended up creating a whole episode around the song. Fun times were had by all. 🙌🏼