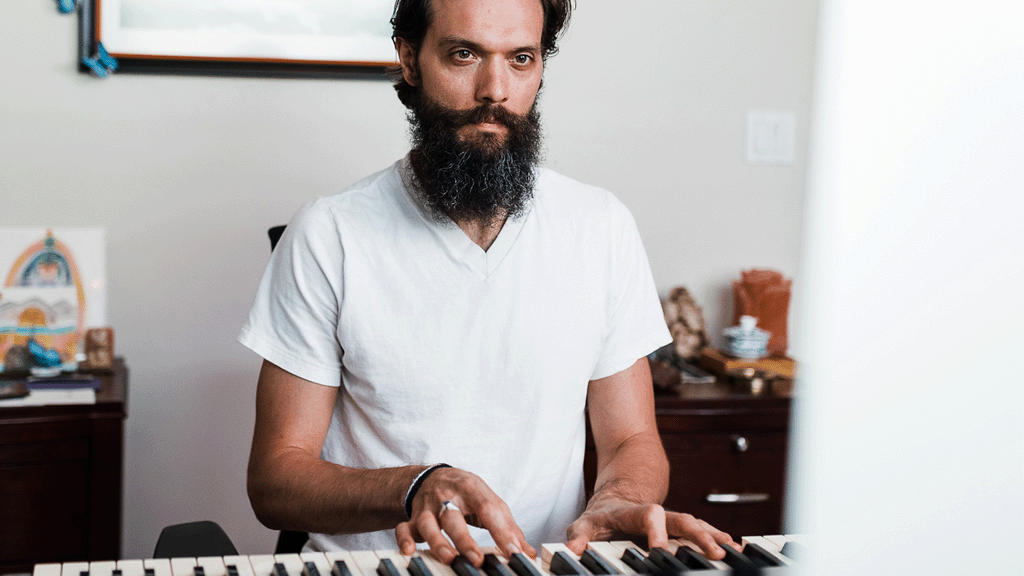 How did you get into composing music?

I was introduced to music at an early age. I started playing violin when I was three years old and I remember there was a lot of classical music around. I would often sit listening to the record player for hours playing Stravinsky's Firebird, Vivaldi's Four Seasons and other works. My family didn’t have a piano in the house, but I remember whenever I would come across a piano I was drawn to it and would sit down for long periods of time and just noodle around making up my own songs.

The biggest shift happened when I was 14. One day I went to do something on my family computer and through some series of events I discovered a piece of software called Sessions where you could enter notes on a staff sheet and have it play the music back. Thinking back on it, this is a curious thing — it’s not the type of software that you would expect to come standard on a computer in the early 90s.